Always Look In Your Vehicle's Display Screen Before Changing Lanes

Up until now, one rear view and two side view mirrors have been a necessity in order to legally operate a vehicle, thus promoting safer driving habits. With this newer auto technology of rear view and side view cameras, mirrors could one day soon be permanently replaced.

A handful of automotive manufacturers including Volkswagen, GM, Toyota, and Tesla have officially petitioned the National Highway Traffic Safety Administration (NHTSA) for this change over, spinning off of the new requirement that all vehicles under 10,000 lbs produced from May 1, 2018 onward must be equipped with backup cameras.

There’s no doubt in my mind that this petition is going to raise quite a bit of controversy. Auto manufacturers suggest that eliminating the side-view mirrors will make their cars significantly more aerodynamic, resulting in increased fuel economy. Better fuel economy is certainly a great goal to strive for as gas prices continue to rise and emissions continue to pollute the atmosphere. How much of a difference would it really make in comparison to the alternative fuel sources many automakers are working towards, such as biodiesel, ethanol, natural gas, and hydrogen?

The other main point these manufacturers raised was that using cameras in place of mirrors would completely eliminate blind spots. Cameras are capable of covering all views of the vehicle and projecting the picture on an in-dash screen, allowing drivers to keep their heads looking forward and not over their shoulders. Learn more about these features in our second Top Life Saving Vehicle Features article.

What do the people think?

Here are some comments both for and against this idea on the CNBC News discussion board.

Many of these thoughts have probably also crossed your minds as soon as you learned of the topic. It's hard to say whether or not the advantages of using vehicle cameras viewed on a display screen outweigh the traditional and effective use of side and rear view mirrors.

I, for one, don’t own a car with cameras, but from an experience I had driving a car that was equipped with them, I find the center console screen rather distracting - especially for the side-view camera feature. However, the backup camera is rather useful in tight parking spots. This technology could very well be something drivers could get used to, but the biggest issue that’s crossed my mind is that… 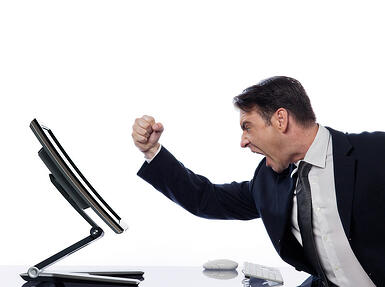 Technology is a blessing and a curse. I can remember spending countless hours on papers for school that I procrastinated to write until the wee hours of the night/morning, forgetting to save regularly, and losing it all when my computer crashed. Luckily, as depressing as those times were, they didn’t put my safety at risk. When the camera(s) malfunction or the screen blacks out on the road, drivers will be subject to unsafe situations. I think that's one of the primary objections these automotive manufacturers are going to have to overcome.

So far, there haven’t been any arguments strong enough to sway me in either direction. Although technology can be a curse at times, we as a society have become reliant on it and are able to live more efficiently because of it. When technology fails us, we find a way to deal with it. How do you think vehicle manufactures can answer these concerns and will they be able to convince enough people that this is a viable option?

Now that your wheels are turning, please share your thoughts with us!