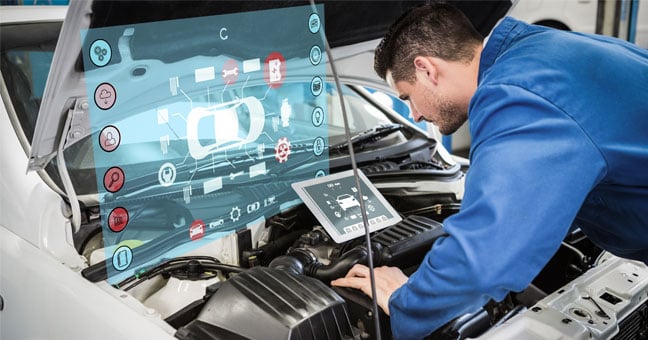 Right to Repair: Whose Car is it Anyway?

“Right to Repair” is a general term for legislation that permits buyers to repair and modify their purchases, from electronic devices, such as smart phones and computers, to motorized vehicles, including cars and tractors.

In the automotive industry, Massachusetts was the first state to pass a law (in 2012) requiring OEMs to provide the necessary documents and information to allow anyone to safely repair their vehicles. As a result of the law, vehicle owners and independent repair facilities have access to the same diagnostic and repair information, through an on-board diagnostics port (OBD2), that automakers typically made available only to certified service centers.

However, there is one exception to the rule: wireless telematics systems.

In November 2020, Massachusetts voters approved an expanded version of the Right to Repair law to include vehicles that use wireless telematics systems (no OBD2) – systems that collect and wirelessly transmit mechanical data to a remote server –- with a standardized open-data platform (74% percent voted for the measure) – by the model year 2022. The expansion of this law has been delayed by a lawsuit brought on by OEMs stating it would take years, not months, to modify their vehicle software and data networks to be in compliance. There are two pending bills (H.365 and H.400) that seek to adjust the law is hopes of moving it forward, which you can learn more about in this article.

While Massachusetts is leading the charge, at least half of the US states are considering some version of Right to Repair legislation (source: U.S. PIRG).

Today's cars are essentially computers on wheels and as such, they collect data. A lot of it. According to estimates, a car can generate about 25 gigabytes of data every hour and as much as 4,000 gigabytes a day.

This data is collected and wirelessly transmitted to the OEM. Tracking a car’s performance metrics makes sense. However, personal information is also tracked, such as a driver’s weight, music preferences, places visited and so on, making the data more controversial, but also valuable.

Consulting firm McKinsey has estimated such car-generated data in the hands of car manufacturers could be worth as much as $750 billion by 2030. But consumer groups, aftermarket repair shops, and privacy advocates say not so fast; the data belongs to the car owners and the information should be subject to data privacy laws, according to their argument.

Historically, the collected data was considered the manufacturer’s property and was not made available to non-OEM repair shops, unless a shop had been certified by the OEM. Right to Repair laws hope to answer the key question of who really owns a car’s data: the manufacturer or the car owner?

The answer is especially meaningful to independent repair shops. Although repair shops may currently have access to a vehicle’s OBD2 telematics data, they could lose this access if wireless data transmissions replace OBD2 ports. Right to repair laws that cover telematics systems would help ensure repair shops have equal access to this data, whether stored in the OBD2 port or transmitted wirelessly.

Each side argues a valid point.

The Alliance for Automotive Innovation (AAI), a trade group representing the world’s largest automakers, is contesting Right to Repair laws. According to their argument, providing consumers all information tied to their vehicle could endanger consumer safety, opening a door to stalking or harassment risks through their vehicles’ wireless systems which are more susceptible to hackers. Car makers would prefer to provide consumers with only summary information and not specific pieces of personal information.

The Auto Care Association disagrees. The association’s mission is to protect and advance the interests of businesses providing aftermarket products and services for all classes of motor vehicles on the road. Independent auto repair shops perform 75% of the aftermarket automobile repair services for the auto repair industry. Clearly, the repair industry has a lot to either gain or lose, depending on the outcome.

Repair shops would prefer the industry to adopt a system called Secure Vehicle Interface (SVI). SVI would be data communications technology built into all cars, giving owners full access to their data, which they could easily relay to repair shops of their choosing.

Under SVI, control of a vehicle’s telematics transfers from the carmaker to a network run by an independent company via APIs. Manufacturers would connect their telematics systems to the network, but would otherwise have no say over how it is run.

needless to say, OEMs do not want SVI. They would prefer a different approach that works a lot like SVI but keeps each manufacturer in control of the data from its vehicles, thus decreasing the risk of a larger data breach across all manufacturers. Under their plan, mechanics' shops could get access to the telematics data, but only on the manufacturers' terms.

Right to a Level Playing Field

For independent repair shops, Right to Repair means equal access to the kind of complete vehicle data required, whether from a port or via transmission, to make successful repairs. Such access can level the playing field and become a game-changer for auto repair shops everywhere.

But OEMs have a good point, too: we must not be willing to put a driver’s security and safety at risk.

Which brings us back to square one: who owns the data? Can the industry find an acceptable compromise where the mechanical data is made available in a secure manner? Stay tuned.